Those guys who were installing the boiler yesterday gave me a hard time and teased me mercilessly when they found out I was a single woman living on my own, especially when they found out that one of their colleagues was interested in me and they tried to set me up on a date with him, until we discovered what the age difference was and then they really started teasing both him and me. It was all done in good fun and it made the day go by quickly, until they were done in the early afternoon around 2:30.

I've got a wonderful new boiler now that doesn't start up with a whoosh and make a racket while it heats the water and a brand new thermostat that is digital and reads in half degrees Celsius. I keep telling myself that this is a good thing and that it is going to save me money, but it is true that I can choose the temperature that I want in the apartment more carefully now. One degree can make all the difference between paying more or less for my energy bill.

The old boiler was at least as old as the apartment, so about 20 years and that is about the realistic life of one. Or, as one of the installers said, they'd be out of a job if they lasted much longer than that. Replacement is the way to go when they start showing signs of wear and tear, as mine did. The man who had been here to fix mine, had turned up the internal thermostat and the water came out piping hot. Much too hot. I guess that was the only way he got it to work.

The Exfactor came by when the installers were just finishing their job and much joking around was done about me having a boyfriend on a motorcycle, which I left them to believe for a while was true, until one of them guessed that he was my ex. I don't know how he figured that one out. Much joking around was done about that fact too and many innuendos were made. Cheeky, they were!

Oh, before I forget, I have to direct you to an interesting site. It is called Dreamlines and you can go there here! What you do is, type in a few keywords from a dream you had, and graphic images will appear in a little while that will illustrate your dream. Be patient, because sometimes a blank page appears and then sometimes it is followed by more images. It is a very unique experience. I am sure you will enjoy it.

And something else. I came by this award the way I seem to come by them all lately and that is quite easily by visiting someone's blog and just picking it up, because I am allowed to and getting their blessings afterwards. 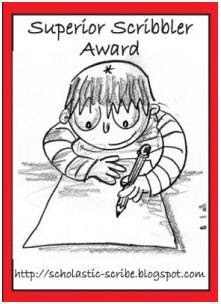 I got this at Lane's Write, so I must give a great big thank you to Lane who I owe this to. I don't know if you all lack the same amount of shyness that I do, but I assume that you will do what I did and just take this award for yourself and plant it on your blog. That's what it's there for. People nowadays don't seem to be handing out awards anymore in the conventional way, so you just pick them up as you go along. It's a free for all, it seems. It's like collecting trading cards.

Heck, now I got distracted looking for blogging awards on Google and another 30 minutes have passed, but I did find some. I will see what I can do with them. Mmm...

Have a really terrific Saturday. I'm going over to my sister's whose birthday it is today.

Glad you enjoyed chatting up the guys, and they you!!

I'm glad you picked up this award. Your posts always make me think hard about my own circumstances and I love to read your wry take on life.

Fun day with the guys working!