I'm not giving up yet. 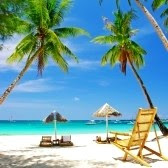 After fooling around with the templates, I haven't gone to bed yet. I'm as wide awake as I was before. I don't know what's to become of me at this rate. I'm sure I'm in for some sort of trouble. It's normal that people get tired eventually and go to sleep, but I seem not to be bothered by that. I wish I got good and tired and that I  was so sleepy that I could hardly keep my eyes open, but that's not the way it is.I'm doomed to be alert and awake.

I have to pass the time and at this time of the morning I know of only one way to do it and that is to sit behind the computer and blog. It hardly seems to matter that I have hardly anything to say. It seems that any kind of nonsense will do. At least, it seems that way to me. You may feel differently about that. I'm sure you'd like to read something entertaining.

The cat walked in a little while ago with a bird in her mouth. I was able to rescue it and it seemed pretty much intact. I released it outside and I hope it makes its escape and isn't caught again. The cat stayed inside for a while and was somewhat stunned that I'd taken the bird away from her, but she went outside a while ago. I fear for the worst. I just hope that she doesn't bring it inside again.

The dog was very interested in the proceedings and followed me outside when I released the bird, but in the darkness he couldn't see where it landed. He did search for it, but I got him back inside. It's always something with those animals. They are not kind to their fellow creatures, at least not to those in the wild.

That was enough of an adventure for this morning. I don't want any more little creatures inside. The early birds were chirping so cheerfully too. Then that murderous cat had to come along.

I've been drinking milk for a long while now and have just taken my medicines. Maybe they will make me tired. Very often they do. They and the milk seem to settle me down anyway.

At least today is Saturday and a weekend day. All I have to do is fold the dry laundry and do the dishes. There's a big stack of them. You all know that it's my favorite chore. I'll have to go through the apartment and pick up dog hair too. It's floating around. The place really does need to be vacuumed twice a week.

I've started to yawn. I think this is a sign to go to bed and this time I'm serious. I will not fool around any longer.

Have a great weekend.