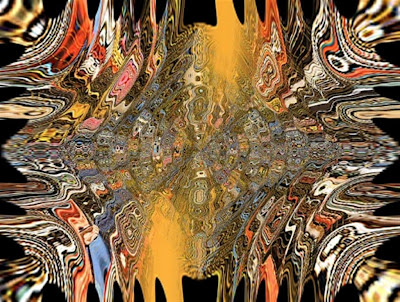 Yesterday afternoon, when I was in search of a working cigarette lighter, I ran into a sampler of a very good perfume. Since I had no perfume left, I doused myself with it and smelled good for the rest of the day. That was so pleasant that I decided to order a perfume on line. I settled on Chloe Eau de Toilette from Lagerfield as it was on sale for half price and it seemed like one I would like. It's going to be here this afternoon and I can't wait to try it on.I'm so fond of good scents and I haven't had a good perfume in quite a while. I had a cheap one from the drugstore, but since it was cheap, it wasn't very good and the scent hardly lasted.
I was in search of a cigarette lighter because the one I had suddenly stopped working and the matches I had wouldn't work either. The heads broke off, leaving me very frustrated and unable to light a cigarette. I ended up having to go to the tobacco shop to buy some new lighters. Luckily, it only takes me a few minutes to get there on my bike. I didn't go through nicotine withdrawal too much and I only "suffered" for a short time. The lighters are childproof and if the owner of the shop hadn't told me how to work them, I wouldn't have been able to figure it out on my own probably. I'm not technical enough when I'm in a hurry.
I've decided not to finish reading "The Lake of Dead Languages." It was too serious a novel and there was not enough lightness and action in it. As a matter of fact, once I got into it a bit, I remembered having tried to read it before and having stopped reading it for the same reasons. I just hadn't recognized the title and was expecting a totally different sort of book. Instead I've started to read "Here on Earth" by Alice Hoffman and so far, so good. It is grabbing me a bit better, though I have to say that some women authors are very serious about their subject matter and sometimes lack a certain amount of humor. A feeling of doom hangs over the story and you get the feeling that nothing good will come out of it, but I will give this novel a chance because it is well written and prosaically pleasing.
I have to choose my clothes to wear for today and I think I already know what it's going to be. It will be something simple and comfortable and since it's going to be 25C, it's going to be something cool. It's supposed to rain today, but I won't hold my breath. We've had those kinds of promises before.
I'm going back to bed now and sleep some more. I feel in my bones that I can sleep for quite a few more hours. It will be oh so pleasant under the duvet.
Have a nice day.
Ciao,
Nora
Posted by Irene at Tuesday, August 10, 2010

hope you got some more rest and good luck with the new book :)

Life is too short to waste on boring books..
XO
WWW

Gee its been years since I had perfume. Must look out for some...at the right price, of course. I like to spray a little in the room occassionally too. Let us know how your perfume works out. I just read Soulless which was surprisingly good and humourous. Enjoy your latest book. Shirley

Mmmm - perfume. Used sparingly, I think there is little else that makes a woman feel wonderfully feminine. I bought five new ones in Egypt last month and have been smelling divine - and different each day - ever since!

I suppose it would be best to go for a humorous book from the start. I think they are in an entirely different category altogether.
Hope the new book is more to your liking.

I was reading a book recently that I thought I really liked ...... about 4 women who had terrible problems all brought together through a knitting class. Thing is...... that everything worked out for each one of them with a happy ending and I don't think life is like that. it didn't seem realistic somehow.
Maggie X

I've always like Chloe and have almost a full bottle of it. It's very strong so I find I don't need much.